Marie Lanza is a best-selling author who writes fast-paced horror, thrillers. She is the author of post-apocalyptic horror series Fractured, the short story e-series The Colony, and a novella The Strangers, along with other short stories part of larger Anthologies. She has been published by companies such as Severed Press, Kandisha Press, Skywatcher Press, and Silent House Press.

Marie began her career at an early age under the tutelage of her industry parents. She got her start in the theater and local TV shows, later moving to independent film.

From 2004 to February 2013, Marie was part of the Sirius XM network as a Producer and Radio Personality. She could be heard in a variety of roles on various channels. Her voice was heard in imaging, promos, and weekly DVD Reviews. As a Producer, Marie was part of some of the most unforgettable moments in radio, has booked breaking news interviews, created segments, and brought topics that have become infamous among audiences.

Marie has produced remote shows in Hawaii, New York, New Jersey, Chicago, Vegas, Reno, and The Playboy Mansion. Marie is most humbled to have had the honor to visit and broadcast from Fort Irwin for the Troops. She’s been featured on A&E’s Gene Simmons Family Jewels, BRAVO’s Orange County Housewives, PBTV and in March 2012 was named Industry Woman of the Month in XBIZ Magazine.

She currently resides in Los Angeles, California with her husband and two daughters. 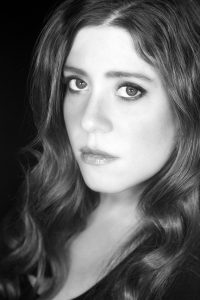